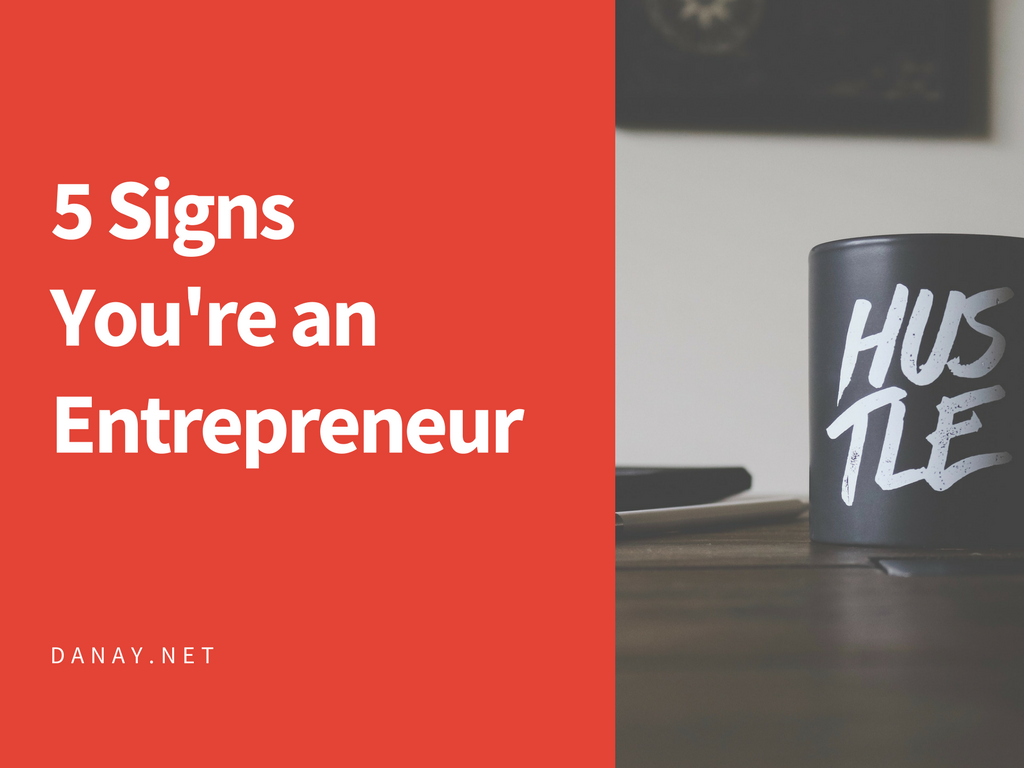 It’s 5:00 AM, and as usual, my eyes pop open and the usual urgency to get up hits me. It’s not an unpleasant thing, just a knowing that I have things I want to do. Getting up early to spend these next few quiet hours focusing really is wonderful.

I used to struggle to get up at 6:30 when I was younger and worked for someone else. I would dread the alarm and hit the snooze ten times before I would drag myself out and stumble towards the coffee maker where the magic happens.

When I decided to do my own thing, that view completely changed. I see waking up early as my opportunity to work on my goals without the daily rush of trying to get things done.

As I sit here, enjoying my coffee,Â I am reminded of a conversationÂ I had with aÂ friend the other day who was telling me how much she wished she could quit her job and run her own business. She kept telling me how lucky I was.

My response was that luck has nothing to do with it. Then I proceeded to break down in steps what I thought would be a good action plan for her to implement in order to get to that point in the next 2 – 3 years.

A couple of hours and wine glasses later, she just shrugged and basically resigned herself to the idea that it would never happen. Nothing I could say, nor any amount of motivation from me could change that. And that’s perfectly fine. Everyone has their own path.

This particular conversation happens a lot with friends and family, many of whom assume the same things my dinner pal did that evening.

It was a very different conversation from the kinds I have with my entrepreneur friends who would have basically deconstructed my plans, added their own and come up with a business idea or two.

Being an entrepreneur has nothing to do with luck. In fact, many are besieged by years and projects’ worth of bad luck, bad ideas and terrible decisions. Â What defines that entrepreneurial spirit are 5Â traits traits.

You are willing to take risksÂ that most others aren’t. I don’t mean crazy risks like using your rent money to gamble on an idea that if it doesn’t work will put you and the kids on the street next month. Although I do know people who would totally do that.

I’m talking about calculatedÂ risks. Things like starting a venture and knowing that even though you may have a great idea, decent funding and a good team to execute, it may just not pan out for one of a million other reasons. But you HAVE to do it because that’s just who you are.

What you don’t read about are the many failures that have lead to some of the greatest success stories. Henry Ford had countless failures such as the Quadricycle and his Detroit Automotive Company. There is a reason you haven’t heard of those ventures, but you certainly know Ford Motor Company. It’s a numbers game. It’s not just the idea or the business, it’s more the fact that you are building something, and the risk involved with the possible rewards as the payoff that drive you.

Take a look at this awesome list with 50 failure quotes from 50 successful people, and you’ll see what I mean.

Sign #2:Â You had the hustle since you were a kid

Were you always trying to make a buck as a kid?

My brother, Gene, was my mentor and a born entrepreneur. I’m not sure whether I was as well, but since I idolized him and was basically his shadow, I was always selling too. Either he imprinted on me his entrepreneurial zest or we were both just born that way. Here are a couple of our countless childhood business ventures:

While most people are content dreaming about the future and the what-ifs,Â you are planning how to get from A to B and then taking the steps that you outlined. Every entrepreneur I have ever met fits this bill.

You love to figure things out and solve problems in creative ways. The cliches de jeur for this areÂ “out of the box thinking” or “growth hacking”. Something about this weird exercise for your mind is actually fun for you.

The husband and I play a game every time we walk into an establishment. It’s called the, “Is it a front or is it legit” game. We go over the possible numbers a business is doing and decide whether it is a legitimate business venture or a front for the mob. Here is an example of a recent game we played at a local mom and pop restaurant we recently visited.

Husband: So how much do you think they are raking in monthly?

My eyes light up, and I get ready to play the game.

Me: Well, it looks like they are pretty busy right now, so figure on the average meal cost being XÂ and if they have 20 customers every hour for 3 hours during the dinner rush, then it’s Y.Â Let’s break down breakfast and lunch, add those up and then multiply that by 30, then they are grossingÂ ZÂ every month.

Husband: Right, which sounds pretty decent. Now let’s talk about expenses. The food is good and if they are using quality ingredients yadda yadda.

He proceeds to break down how much they pay for supplies.

Me: And the decor is nice, but it doesn’t look like they did a whole new build out because the menu said they’ve been here 10 years and the place looks a lot older than that. So I’d say their startup costs were XYZ.

Husband: They have a decent amount of staff, at least 1 per four tables, so…

This goes on for several minutes as we break down the entire business model. And then finally; the vote.

Me: It’s legit. They aren’t going to be millionaires with this one, but if they franchise it, they have a pretty good chance of doing some decent numbers.

Husband: Yeah, it’s legit. So how many franchisees do you think it would take to break $X in profit?

My eyes light up, and I get the cue right away, because a new game is about to begin.

Me: Let’s see, it depends on what the franchise fees would be and how much…

If you truly believe in yourself or your ideas and don’t bother to listen to the chatter of the naysayers, then you are probably an entrepreneur.

There are so many successful entrepreneurs who were mistakenly thought to have been insane or ignorant or just not good enough.Â Can you imagine if the following folks would have listed to the negativity and rejection and quit?

I’m not saying that you won’t have doubts or insecurities, because there is no human on this earth who doesn’t have them. But when you believe in yourself and your vision, you focus on what you bring to the table and how you are going to achieve the goals you set forth.

Being an entrepreneur is like loving classical music or rap. Some people do and some don’t. The ones doÂ can’t quite understand why there are actually people who don’t like it and vice versa.

Neither is better or worse, it’s just the way people are wired.

Do you have any favorite entrepreneurs who motivate you?