Don’t Be A Political Know-It-All 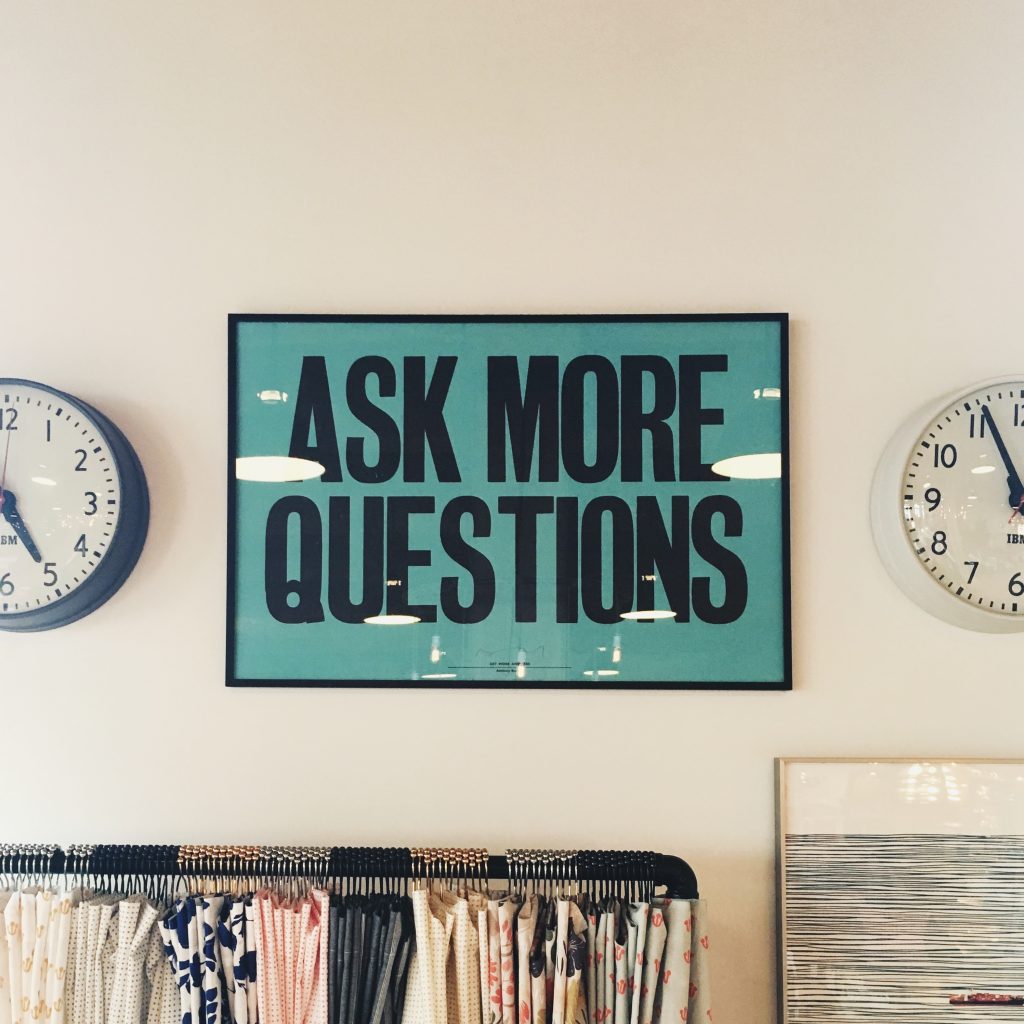 Yesterday, we spent the day with my son and daughter-in-law, hung out, watched some TV, ordered pizza and talked a lot. As you can guess, the conversation headed in the direction of our new president, Donald Trump and the executive orders that he has signed during his first week in office. We talked about how the country and the world is in an uproar and what our opinions were.

I truly enjoy these conversations, because in our family, we try to ask questions and not just shout our point of view out. Now, I’m not saying that it didn’t get heated at times, because people tend to get passionate about certain things they feel are universal truths.

I did notice that everyone was repeating several things they saw in the news or on social media, which were big generalizations about one party or another. This bugs me because it keeps us from digging into the actual subject matter and forming a real educated opinion about it.

While everyone keeps posting memes that basically point out how the “other side” is wrong , I have yet to see someone ask a genuine question. It’s as if everyone I know suddenly has a triple PHD in politics and life in general.

I have yet to see someone ask a genuine question. It's as if everyone I know suddenly has a triple PHD in politics and life in general. Click To Tweet

When did we stop asking questions?

I get that it’s a very volatile and interesting time in our nation’s modern history, and it does bring about a ton of emotionally charged proclamations. I say proclamations, because I don’t really see discourse. Even when I watch the news I just see a bunch of talking heads speaking at each other instead of with each other.

I, for one, won’t be afraid to say that I am always on a quest for knowledge, for information, to learn and form better opinions on the world around me. That doesn’t mean that I do not stand for certain things, it just means that I am open to dialogue.

For example, my husband and son both served in the Navy. My son was a combat medic in the war in Afghanistan. My daughter-in-law is currently serving in the Air Force. We all have these life experiences that inform us about the world we live in. So I ask them a lot about the military, how things work and what they think about certain things. Their input gives me information that I just wouldn’t have otherwise, no matter how much I read about it.

Likewise, being a mother who didn’t sleep a wink during the time my son was away at war and being a Cuban exile whose father was a political prisoner gives me a viewpoint that my children could never understand. So they ask me a lot of questions about why I see things the way I do.

What is an executive order anyway?

One of the things I wanted to look into is the actual definition of an executive order. Now, I’m not going to talk about what I think about the latest ones, because this post isn’t about what I think and how you should think the same way. My goal is to get us to ask more questions, to think more, to be open to understanding and to stop proclaiming as if we were Aristotle incarnate.

Here is the clearest explanation of an executive order I found on ThisNation.com

Executive Orders (EOs) are legally binding orders given by the President, acting as the head of the Executive Branch, to Federal Administrative Agencies. Executive Orders are generally used to direct federal agencies and officials in their execution of congressionally established laws or policies. However, in many instances they have been used to guide agencies in directions contrary to congressional intent.

Not all EOs are created equal. Proclamations, for example, are a special type of executive order that are generally ceremonial or symbolic, such as when the President declares National Take Your Child To Work Day. Another subset of executive orders are those concerned with national security or defense issues. These have generally been known as National Security Directives. Under the Clinton Administration, they have been termed “Presidential Decision Directives.”

Executive Orders do not require Congressional approval to take effect but they have the same legal weight as laws passed by Congress. The President’s source of authority to issue Executive Orders can be found in the Article II, Section 1 of the Constitution which grants to the President the “executive Power.” Section 3 of Article II further directs the President to “take Care that the Laws be faithfully executed.” To implement or execute the laws of the land, Presidents give direction and guidance to Executive Branch agencies and departments, often in the form of Executive Orders.

Read more about executive orders and their history here.

One more thing to note is that an Executive Order is still subject to judicial review. This means that it can be struck down if deemed by the courts to be unsupported by statute or the Constitution.

Another question that I had was, “How many executive orders has each president executed?” I wasn’t sure whether Trump is being trigger happy or if this was just business as usual for a newly elected president. So, again I researched it. Here is a handy graphic that shows the number of executive orders signed by each president since Franklin D. Roosevelt. Asking Questions Doesn’t Take Away Who You Are

Asking questions about things that are happening politically right now does not mean that you are turning your back on who you are, your political party or your family.

I am a Cuban American who emigrated with my parents as a little girl. My childhood was colored with hundreds of stories from friends and family of the injustices that were experienced as a result of the Cuban Revolution. Therefore, I have a very strong aversion to the idea of Communism and leaders who have, in my view, destroyed their nations with it. That doesn’t mean I don’t think some Socialist principles are necessary, because I also hold a firm belief that we need to care for our weak and desolate and that there need to be checks and balances. It just means that I believe strongly in free enterprise and freedom of speech, religion, etc. Things that we generally take for granted although we unknowingly exercise them daily.

None of these things means that I can’t seek to understand opposite viewpoints.

So my question to you is, do you feel that you have a perfect handle on everything going on politically right now? If you don’t, is there a specific question you aren’t sure about?

Maybe if we start to ask more and stop proclaiming, there will actually be some dialogue.