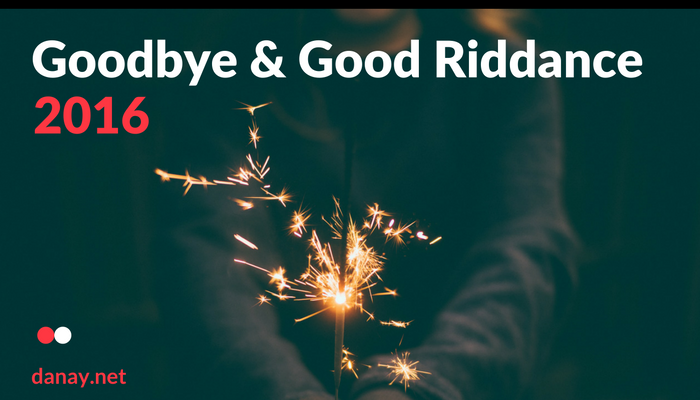 I know, I know. Everyone is saying how 2016 was a bad year and they can’t wait for it to be over, blah blah blah. ‘Suck it up buttercup,” is usually my go-to thought on this. That is, unless you’ve experienced a great loss.

Like most humans who inhabit this earth, at the age of 42, I’ve had both good and bad years. I’ve always been able to look at the challenging ones as opportunities for learning and growing, and I’ve always made it my personal mission to work my butt off to overcome the challenges. In other words, I make insane efforts not to allow excuses to infiltrate my vocabulary.

But 2016 had it in for me from the beginning. This February I experienced the loss of my big brother, Gene, who was my only sibling and my biggest mentor. And it has been excruciating.

I’m really good at dusting myself off and picking up the pieces, which is something he taught me when we were kids. However, this one is a real gut kicker to get over. In fact, I know that I will never get over this. I will simply learn to better deal with it and to hopefully look back on our memories with gratitude and comfort instead of pain.

Even writing this post I am struggling to hold back the tears, which is a game I haven’t yet mastered. I’m pretty tough about getting weepy, especially in public. This, however, has turned out to be my emotional Kryptonite.

Frankly, I don’t care if I seem weak or highly emotional. I know I’m not. But we all have that one thing that deeply rattles us and makes us question every single thing in the cosmos. Losing Gene has been this for me.

We didn’t talk every day or every week or even every month. We were both so busy chasing our dreams of success that we usually just called on birthdays and holidays or during a crisis. That was enough for us. We had our bonds. We were each other’s testament to our childhood. When we talked, we rapidly caught up on each other’s lives, cracked unsavory jokes, made fun of each other and everyone we knew, and all was good.

I still can’t really put into words what an impact he made on me aside from being my big brother. He was my hero and the person I most wanted to impress. I’m not even sure if being an entrepreneur was my idea. I’m almost certain it was his and I just followed along as I always did, trying to keep up with him, trying to impress him.

Then, because 2016 couldn’t leave me be, I lost my little doxy, Sweety, who had been with us ever since my now 26 year-old son was 10. She had a great run, and we had so many wonderful memories, but it was still a loss and one that was and still is felt deeply.

Still, 2016 wasn’t finished with the torture. On top of all the death, including several acquaintances who also lost loved ones too young, it also wreaked havoc on our family, as death sometimes does. Toxic folks gravitated toward the negative energy and jumped on board the snowball of toxicity, helping to build it into a massive force of misery. There were several more losses that were not death, but I am neither a saint nor a psychologist and can’t expend energy trying to “fix” other people. I can only control and focus on my journey and the type of human being I aim to be.

The best way I can explain this past year is that I felt as if I was forced to say “goodbye” to my previous life. The life that contained some of my loves.

Some folks say it is a year of transition, but I’m going to call it what it is. The year 2016 was a craptastic year where everything went wrong and too much loss abounded, and I hated it with my entire being.

Don’t let the door hit you on the way out. Although if it did, I’d be really happy about that.

I am looking to 2017 as a year of hope and healing, and I wish that for everyone who has experienced a loss in the past year. May you be able to say goodbye and good riddance as well. And may you be able to focus on slaying your dragons.