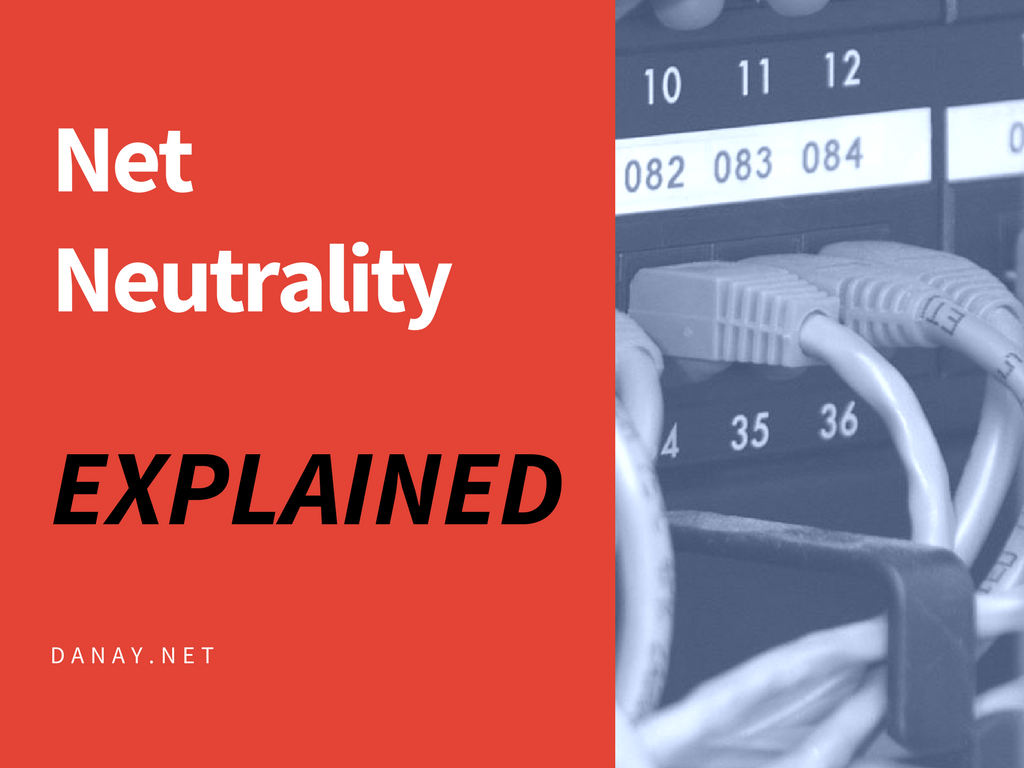 The fight forÂ Net Neutrality is raging across the interwebs.

Frankly, I’m amazed that it has come up again, but here we are.

Having workedÂ in internet marketing for almost two decades, I have always been aware of the the issues surrounding it. So I generally take for granted that everyone knows what it is and why it’s needed.

But when I ask my friends and family, even my lawyer friends, they really don’t understand what all the fuss is about. Or some have a basic understanding at best.

So I’m going to simplify the issue and try my very best to leave politics out.

What Is Net Neutrality?

Net Neutrality is the principle that Internet service providers and governments regulating the Internet should treat all data on the Internet the same. What this means to the everyday person is that they cannot discriminate or charge different prices by user, content, website, platform, application, type of attached equipment, or mode of communication.

What Does All The Lingo Mean?

There are three basic rules that make up the FCC’s Net Neutrality Order from 2015. This is what broadband providers cannot do.

Why Do We Need Net Neutrality?

Great question, and I’m so glad you asked.

Opponents of Net Neutrality are basically large internet service providers like Comcast, AT&T and Verizon. There is no consumer or consumer group that is arguing against it or has voiced any problems with it.

The reason that this even became an issue is that some of the big boys were caught doing the opposite of what it stands for.Â Why did they do these things? Because there was competing tech involved, and like any business would, they wanted to squash that.

Basically, the argument that we don’t need these rules because companies will self govern is flawed since the companies everyone is so worried about were already caught doing what the rules would protect against.

When did Net Neutrality Start?

Net Neutrality has been a legal firestorm for years. It was “established” as a term in 2003, and by 2004 it was adopted by the FCC in their guidelines.

The specific text which stops ISPs from being able to throttle traffic is in section 202 of Title II.

Why Are We Even Talking About This Again?

The newly appointed FCC Commissioner,Â Ajit Pai, has expressed opposition to Title II classification and is seeking to roll back the 2015 decisionÂ even though these rules were already upheld by an appeals court in 2016.

As soon as Pai made his announcement, the FCC releasedÂ a set of myths and facts about Title II supporting his intention to remove the current rules to sway public opinion on the matter.

My favorite is the one where they state that Title II was bad for online privacy. Â According to the document, “Title II put Americansâ€™ online privacy at risk by stripping the Federal Trade Commission of its jurisdiction over broadband providersâ€™ privacy and data security practices.”

What they neglected to add was that when the authority was shifted from the FTC to the FCC, the FCC had put in place stronger rules which wereÂ repealed before they took effect.

Here’s an article by TechCrunch detailing the Myths vs Facts with the dissection of those supposed facts.

What are the arguments FOR dismantling Net Neutrality?

There are always two sides to an argument, and although this one is basically the ISPs and carriers versus the public and non ISP internet companies, we should still know what is being said and whether there is truth to it.Â One of the things that makes the internet so awesome-sauce to me is the ability to go back in recent history and easily find statements and warnings and then see how they panned out. For example, back in 2010, there was an article written for the Brookings Institution by Robert E. Litan and Hal J. SingerÂ stating the case forÂ Why Business Should Oppose Net Neutrality.

Here are someÂ of the claims made in that article.

Net Neutrality will bring price regulation, which will have a negative impact on investment.

It did not bring any price regulation, and as we all know, innovation has been happening at an amazingly rapid pace. In fact, most carriers have been stumbling over each other to offer unlimited plans and increased services.

The article claims “Absent net neutrality restrictions, entrepreneurs in their garages would devote significant energies trying to topple Google with the next killer application. But if real-time applications are not permitted to run as they were intended, these creative energies will flow elsewhere.”

Again, not true at all. We are living through the most amazing, fast paced time in the history of innovation. Nothing has been stopped, and becauseÂ the kids in their garages get to develop and test their apps and creations with a free flowing internet, they aren’t being squashed by powerful entities not allowing them access or by paid prioritization.

There are still a few more myths that have beenÂ circulating throughout the years. Here are a few of the more popular ones.

Why Are Tech Giants in Support of Net Neutrality?

Microsoft, Google, GE, Carbonite and most other tech giants who support Net Neutrality regulation aren’t doing it as a service to the public. This is, after all, a fight over business. These companies are worried that the ISPs will crush their businesses if they decide to offer competing services.

So while it benefits the consumer that they are on our side for the moment, don’t mistaken that as anything other than a business decision. This Boston Globe article breaks down their motivation.

I hope this post has broken down the issue in a way that makes it clear for you. I did my best to not get political and lay out the facts, but I may have fallen short here and there.

I’d love your thoughts on Net Neutrality and specificallyÂ what your views on these rules are.